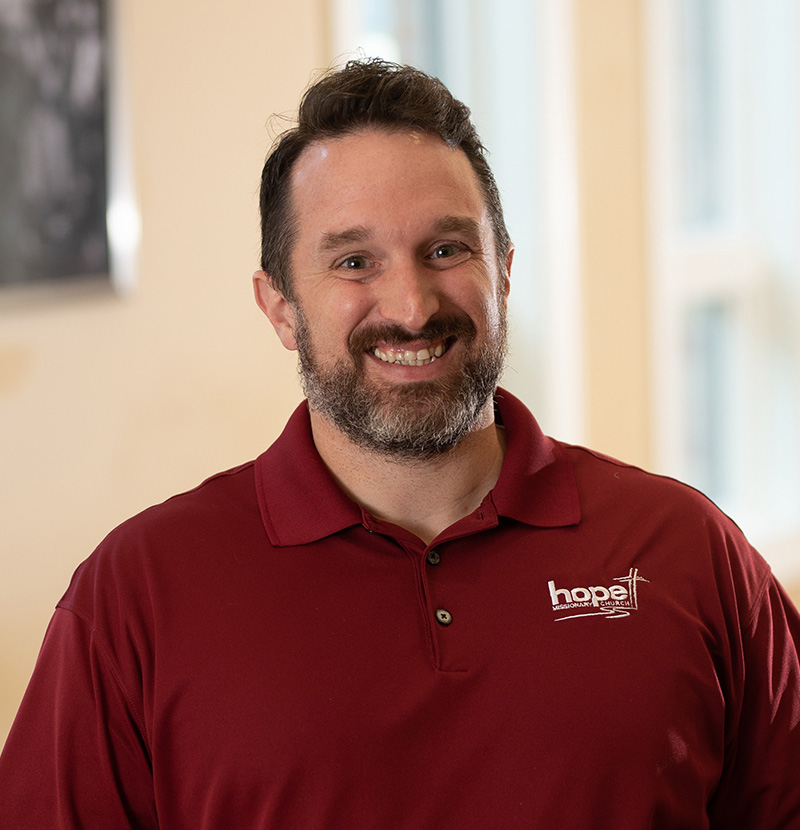 Josh came on-board the team at Hope in July 2019.  Though an Indiana native (and an avid IU fan), Josh is an adopted “yinzer” and comes to Hope after spending 10 years serving at a church north of Pittsburgh in Beaver Falls, PA.  Originally from Frankfort, he graduated from Huntington College in 2004 with a B.S. in Youth Ministries and has served in various youth and adult ministry roles since that time.  He has a passion for seeing people become more fully the men and women God has made them to be.  He and his wife Rhonda have been married since April 2009, and they have two fun, energetic, and rambunctious kids in Elliott and Brielle.  If you see the Nash family outside of Hope, they’ll probably be at a park or out fishing.  Josh is always up for a cup of coffee…anytime or anywhere.